Mother Nature wasn’t kind to the golfers who played in The Memorial tournament this past weekend at Eagle Country Club.  She dropped the temperature, coupled it with rain on the opening round and then threw in high winds during the final round. But none of that dampened the enthusiasm of the golfers in the event, especially the winners.

Vannucci (Palm Coast) opened the event by firing the low round of the weekend, a 5-under-par 67 on his way to capturing the Open Division title with a 6-under-par 138. Finishing in second place was Martin Musgrave who was also under par with a 3-under-par 141.  In third place was Scott Wood at 150, fourth place went to Ben Law at 154 and fifth was Reilly Owen at 155.

In the Senior Division, Georgia’s Chad Branton managed to shoot even par on rounds of 70-74 (144) and a one-shot winning margin over Tommy Lowe who shot a 145 score. In third place was Brent Dorman at 146.  Fourth place was David Knorr (Virginia) with a 149 score. Tied for fifth were Richard Weber (Tampa) and Bobby Johnson at 151.

It took overtime to decide the winner of the Super Senior Division. Kevin Macy (Tampa) fired a final round 68 to catch first round leader  Robert Parmar.  Both ended a 4-under-par 140 total.  Parmar took control on the first extra hole making a birdie to win the title.  Finishing in third place was Bill Zylstra at 3-under-par 141. Tied for fourth with 1-under-par 143 scores were Bob Bailey and Pete Guillette (The Villages).

For all the final scores and prize allocations see Tournament Information/Results/FINAL RESULTS – THE MEMORIAL and 2023 MEMORIAL PRIZE ALLOCATIONS. 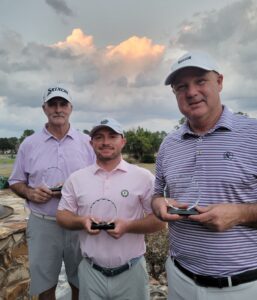 Mother Nature threw another cold curve ball at the field during the final round of the Ocala Cup at Ocala Golf Club, but the golfers still managed to handle it and post low scores – again.

There was a four-way tie for first place in the Open Division at the start of the final round but Ben Locker and Ryan Letterly went out and shot a 9-under-par 63 to pull away from the pack to win by four shots with a 127 total. Finishing second were Marty Musgrave and Justin putting up a two-day total of 131. Third place went to Jake and Troy Vannucci (Jacksonville) with a 132. Three teams tied for fourth at 134, Jeff Neugebauer/Christian Crabil (Tampa), Michael Bil/Daniel Adkins and Riley and Daniel Owen.

Heading into the final day Kyle Allen/Mike Zito (GA) and Scott Thul/Tommy Lowe were tied for the lead with 62’s. Allen/Zito fired a 7-under-par 65 to pull away from Thul/Lowe who shot a 4-under-par 68 for second place. Third place went to Scott Goldbach/Mike Kemp at 136. Tied for fourth at 138 were Dave Patterson/Laurie Harrison and Arnold Cunningham/Terry McNamara.

Walter Himelsbaugh (Leesburg) and Mike Murphy (Oldsmon) went wire-to-wire to capture the Super Senior Division with a 21-under-par 123 score. The round of the day was shot by second place finishers David Mears (Citra) and Brian Brown (Inverness) as they shot an 11-under-par 61 for a 125 total. Finishing in third place were Jim Starnes/Ed Kelly (Ft. Myers) with a 12-under-par 132. Tied for fourth were Bill Zylstra/Mark Plummer and Rob Carney/Tom Keedy at 136.

Make it two in a row for Bobby Bryant and Austin Grey as they successfully defended their Senior/Junior championship at the Country Club of Ocala. Deadlocked after the first round with 4-under-par 68’s were Bryant/Grey (Hernando), Berger Warner/Fred Roberts Jr. and Walter Himelsbaugh (Leesburg) and Matt Dunlop (Windemere). A second 68 on the final day gave Bryant/Grey a 136 total and a slim one-shot win over Warner/Roberts who finished with a 69 for a 137 score. Alone in third place was Himelsbaugh/Dunlop with a 140 total.  Tied for fourth place at 141 were the teams of Bill Zylstra/Perry Crenshaw and Tom Keedy/Paul Irvin.

Winning the net division were Tim Roach and Paul Bergan with a 126 total. Tied for second were Brian Gagnon/John McComb and Zylstra/Crenshaw with 131s. Tied for fourth were Chad Strausbaugh/Ken Rischitelli and Bryson Hobson/Nick Guasco at 134. 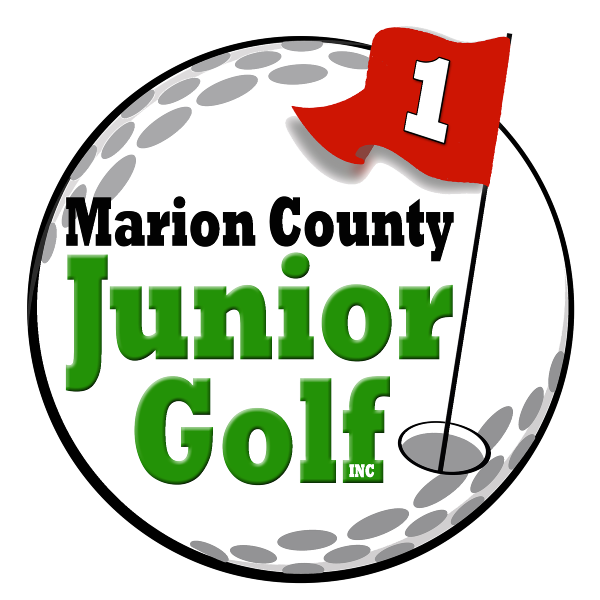